Does the world look uncertain and unstable these days?  Are you looking for a brighter future?  Fighting for your freedom?

Do you know that solutions have been discovered? Chris and Kelly Watkins present to you a simple story that offers you workable solutions to life.

Here is an introduction to a practical method that works to keep you MOTIVATED and permanently POSITIVE.  This is freedom and a better way of life!

This is a true story… https://bit.ly/TheTrueStoryOfScientology

The True Story of Scientology

THE TRUE STORY of Scientology is simple, concise and direct. It is quickly told:

When we examine this extremely accurate and very brief account, we see that there must be in our civilization some very disturbing elements for anything else to be believed about Scientology.

These disturbing elements are the Merchants of Chaos. They deal in confusion and upset. Their daily bread is made by creating chaos. If chaos were to lessen, so would their incomes.

The politician, the reporter, the medico, the drug manufacturer, the militarist and arms manufacturer, the police and the undertaker, to name the leaders of the list, fatten only upon “the dangerous environment.” Even individuals and family members can be Merchants of Chaos.

To write the simple fact that a philosopher had developed a philosophy is not newspaper-type news and it would not disturb the environment.

It is to their interest to make the environment seem as threatening as possible, for only then can they profit. Their incomes, force and power rise in direct ratio to the amount of threat they can inject into the surroundings of the people. With that threat, they can extort revenue, appropriations, heightened circulations and recompense without question. These are the Merchants of Chaos. If they did not generate it and buy and sell it, they would, they suppose, be poor.

For instance, we speak loosely of “good press.” Is there any such thing today? Look over a newspaper. Is there anything good on the front page? Rather, there is murder and sudden death, disagreement and catastrophe. And even that, bad as it is, is sensationalized to make it seem worse.

This is the cold-blooded manufacture of “a dangerous environment.” People do not need this news and if they did, they need the facts, not the upset. But if you hit a person hard enough, he can be made to give up money. That’s the basic formula of extortion. That’s the way papers are sold. The impact makes them stick.

A paper has to have chaos and confusion. A “news story” has to have “conflict,” they say. So there is no good press. There is only bad press about everything. To yearn for “good press” is foolhardy in a society where the Merchants of Chaos reign.

Look what has to be done to the true story of Scientology in order to “make it a news story” by modern press standards. Conflict must be injected where there is none. Therefore the press has to dream up upset and conflict.

Let us take the first line. How does one make conflict out of it? “1. A philosopher develops a philosophy about life and death.”

The Chaos Merchant has to inject one of several possible conflicts here: He is not a philosopher, they have to assert. They are never quite bold enough to say it is not a philosophy. But they can and do go on endlessly, as their purpose compels them, in an effort to invalidate the identity of the person developing it.

In actual fact, the developer of the philosophy was very well grounded in academic subjects and the humanities, probably better grounded in formal philosophy alone than teachers of philosophy in universities. The one-man effort is incredible in terms of study and research hours and is a record never approached in living memory but this would not be considered newsworthy. To write the simple fact that a philosopher had developed a philosophy is not newspaper-type news and it would not disturb the environment. Hence the elaborate news fictions about (1) above.

And their threat is the simple story of Scientology. For that is the true story. And behind its progress there is a calmer environment in which a man can live and feel better. If you don’t believe it, just stop reading newspapers for two weeks and see if you feel better.

Then take the second part of the true story. “People find it interesting.” It would be very odd if they didn’t, as everyone asks these questions of himself and looks for the answers to his own beingness, and the basic truth of the answers is observable in the conclusions of Scientology.

However, to make this “news,” it has to be made disturbing. People are painted as “kidnapped” or “hypnotized” and “dragged as unwilling victims” up to read the books or listen.

The Chaos Merchant leaves (3) very thoroughly alone. It is dangerous ground for him. “People find it works.” No hint of workability would ever be attached to Scientology by the press, although there is no doubt in the press mind that it does work.

That’s why it’s dangerous. It calms the environment. So, any time spent trying to convince press Scientology works is time spent upsetting a reporter.

On “4. People pass it along to others,” press feels betrayed. Nobody should believe anything they don’t read in the papers. How dare word of mouth exist? So to try to stop people from listening, the Chaos Merchant has to use words like “cult.” That’s a “closed group,” whereas Scientology is the most open group on Earth to anyone. And they have to attack organizations and their people to try to keep people out of Scientology.

As truth goes forward, lies die. The slaughter of lies is an act that takes bread from the mouth of a Chaos Merchant. Unless he can lie with wild abandon about how bad it all is, he thinks he will starve.

The world simply must not be a better place according to the Chaos Merchant. If people were less disturbed, less beaten down by their environments, there would be no new appropriations for police and armies and big rockets and there’d be not even pennies for a screaming sensational press.

So long as politicians move upward on scandal, police get more pay for more crime, medicos get fatter on more sickness, there will be Merchants of Chaos. They’re paid for it.

And their threat is the simple story of Scientology. For that is the true story. And behind its progress there is a calmer environment in which a man can live and feel better. If you don’t believe it, just stop reading newspapers for two weeks and see if you feel better. Suppose you had all such disturbances handled?

The pity of it is, of course, that even the Merchant of Chaos needs us, not to get fatter but just to live himself as a being.

So the true story of Scientology is a simple story.

And too true to be turned aside.

About the Blog Author

Kelly and Chris Watkins are from USA. Kelly Watkins writes these blogs.  Continuously helping others is my successful action in life. In all ways possible I do my best to move people up to a more high level. This is the the one stop place for you to fulfill all your needs.  I offer free online life improvement classes, business classes, how to find work blogs, skills and information, etc.  For a more fast response connect with me here on my Facebook page and If this blog helped you, let me know and connect with me, Kelly, on Facebook:
https://www.facebook.com/AwesomeLifeForYou


Chris and Kelly Watkins bring a new idea to the world, 80% of people can change for the better, we give tools and technology for free so you can rise up.  There are many tools here for every type of situation, save this email, study it well, share it and visit it often.  Please join us for more free tools here:
https://LiveHappyForYou.com

Scientology, Dianetics and L. Ron Hubbard are trademarks and service marks owned by Religious Technology Center.  Scientologist is a collective membership mark designating members of the affiliated churches and missions of Scientology.  No treatment, diagnosis or cures in this email are suggested, promised or guaranteed.
©2022 Chris and Kelly Watkins. All Rights Reserved. 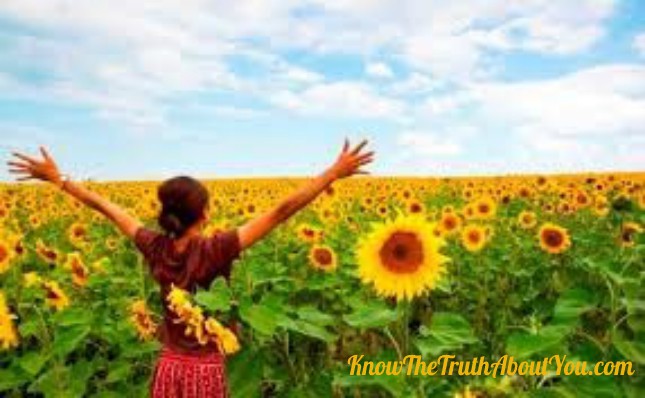 Free Resources to Win in Life!Get the secret to more Energy, Life and Success!